The Beatpack – All Good Things (Turn To Dust) LP

Side A
1. Black Sea Tobacco Pose
2. Or So It Seems
3. Greek Street 2am
4. Footsteps, Echo
5. Endless Halls Of Her Reflection
6. Five O’Clock Sunday Morning

The Beatpack formed in order to play the kind of wild teenage Rock’n’Roll, 60s Garage Punk, Rhythm & Blues and Raw Blues that all four members grew up on.

The band have been around in various shapes and forms for thirty years now, albeit with a two-decade break in the middle.

First time around, they recorded a 7” EP in 1989 (produced by Billy Childish), followed by another 7” in ’90, then their debut LP in ‘91, all on German label Screaming Apple. They also played with Manic Street Preachers, along with The Thanes, The Aardvarks and more, and then vanished in a puff of smoke, only resurfacing in 2012.

Since their return, two more 7”s and one 7” EP were released through State Records, followed by a 7” EP with Heavy Soul Records. Tours of France, Spain and Germany also happened, along with many gigs in the UK too.. The long-awaited (!!) second LP, All Good Things (Turn to Dust) is out this autumn on Spinout Nuggets.

Thirty-one years since their debut long player, the long awaited follow-up ‘All Good Things (Turn To Dust)’ is ready for the world!

Recorded at Gizzard Studios, it’s raw, punchy and turns you to dust!

Limited to 300 hand-numbered copies, it’s a six-a-side that captures the band at their best (until the next album of course).

The seventy-fourth release on Spinout Nuggets, this record will be available via the label, the band and all very good record outlets. 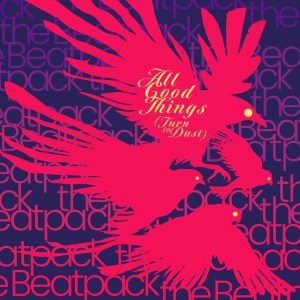 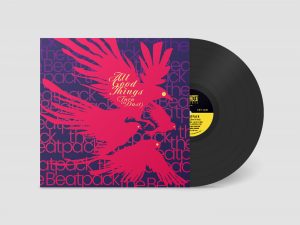