Skip to content
View cart “Andre M – Dodged A Bullet 7″” has been added to your cart.

Release – Mr Wilson Goes To Norway / Year On The Turn

Release – Mr Wilson Goes To Norway / Year On The Turn

Side A
Mr Wilson goes To Norway
Side AA

Year On The Turn

The Chesterfields are an indie pop band from Yeovil, Somerset, originally formed in 1984 by Dave Goldsworthy, Simon Barber and Dominic Manns, joined in 1985 by Brendan Holden.

1985 saw the band’s first physical release, a single sided flexi-disc shared with The Shop Assistants. Through The Subway Organization theyreleased three singles, before Holden was replaced by Rodney Allen. Their debut LP ‘Kettle’ was released in July 1987, with a compilation of the early singles, ‘Westward Ho!’ issued later the same year. Allen left to join The Blue Aeroplanes, to be replaced temporarily by Andy Strickland of The Loft, before a permanent replacement was found in the form of Simon’s brother Mark.

The band released two more singles and a third album (‘Crocodile Tears’) via their own Household label. Manns left and was replaced by Rob Ellis (PJ Harvey) but when Goldsworthy departed in late 1988 the band effectively split. The Barber brothers continued as The Chesterfields for a final single, ‘Fool Is A Man’ in 1989. The band split in the summer of 1989, reforming briefly in 1993 to tour Japan and release a third album ‘Flood’ on the Vinyl Japan label.

In 2016, The Chesterfields with their new line up of Simon Barber, Andy Strickland, Helen Stickland and Rob Parry, played London’s 100 Club and New York’s NYC Popfest. A short UK tour followed in 2019, and following the recording of a new album ‘New Modern Homes’ in the summer of 2021, they played a well-received show at Shiiine On Weekender 2021.

Having just released a new single ‘Our Songbird Has Gone’ with Mr. Mellow’s Music (28 years since their last record release), The Chesterfields are back with another single, this time a Double-A side featuring ‘Mr Wilson Goes To Norway’ (a follow up to 1987’s ‘Oh Mr. Wilson!’), with Simon on vocals, and ‘Year On The Turn’ on the flip, with Helen on vocal duties.

These two tracks have been lifted from their forthcoming album ‘New Modern Homes’, which will follow in September, via Mr. Mellow’s Music, and gigs to be announced for a short tour in October.

The seventy-third release on Spinout Nuggets, this record will be available via the label, the band and all very good record outlets. 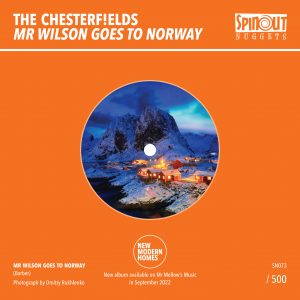 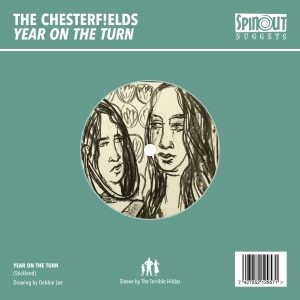 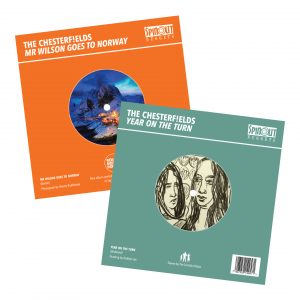