The Hannah Barberas – Into the Wild LP

Release – Into The Wild

Side A
1.Breakout!
2.Our Girl Is Gone
3.Slow Cooked
4.What Are You Celebrating?
5.Foreign Ways
6.I can’t Go Outside
7.Almost Falling In Love

The Hannah Barberas are a four-piece band, united by a love of mid-80s Indie and fuelled by a DIY ethic. They began in mid 2018 with the release of their well-received debut EP ‘The Hannah Barberas Are Here At Last’ which to the band’s amazement, found an audience. With the HBs’ lust for praise awakened, three more EPs quickly followed, and a CD compilation on the Subjangle label.

Thrilled by the response from blogs and radio, including regular support from Gideon Coe (BBC 6 Music) and The Undertones’ Mickey Bradley (BBC Ulster), the band have also been invited to support Even As We Speak (Sarah Records) at their London show on March the 28th, along with Jetstream Pony too.

Limited to 300 hand-numbered copies, ‘Into The Wild’ is The Hannah Barberas debut album and will be available on limited edition Green Vinyl,, with lyric insert and download code (Spinout Nuggets), CD (Subjangle) and cassette (Gazer Tapes), as well as on all digital platforms, under Doo Lang Records eyes.

The sixteenth release on the Spinout Nuggets label, the vinyl release will be available via www.spinoutproductions.com/shop/, the band’s Bandcamp and all good record outlets. 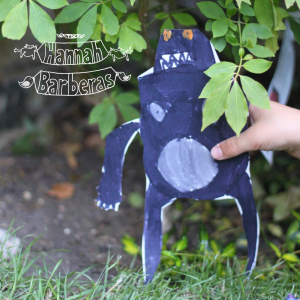 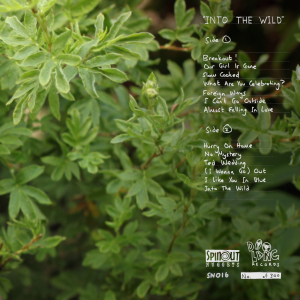 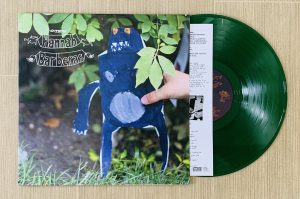