Release – Season Of The Witch / In Full Eclipse

Release – Season Of The Witch / In Full Eclipse

Face A
Season Of The Witch
Face AA

The William Loveday Intention* is the latest incarnation of song and dance man Wild Billy Childish, who has been recording and performing since the 1977 punk explosion. Notably with The Pop Rivets, The Milkshakes, Thee Mighty Caesars, Thee Headcoats, The Buff Medways and CTMF.

The ‘intention’ of The William Loveday group was to revisit some early tunes which Billy had imagined could be orchestrated. This was the beginning of  a ‘career in a year’ when he accidentally recorded over 14 LPs during the lockdown at Jim Riley’s Ranscombe Studios in Rochester.

Face A – Is a take on Donovan’s ‘Season of the Witch’ with Dave Tattersall taking lead guitar. Why Donovan we asked William? “I overhead the tune in a cafe in Porto a couple of years ago. Having never knowingly listened to the fellow before, at a distance it sounded like real music. My wife, who is educated, told me who it was, so despite the stigma of being associated in anyway with the wee man we decided gave it a shot.”

Face B – ‘In Full Eclipse’ features William’s son, Victor on guitar – and this track is a Father/Son co-write. “I had some crazy words and one evening asked Victor if he had a crazy tune. ‘Indeed I do’ was his reply. So the following morning we called Jim, went into the studio and recorded this winning tune. Now we’re just sitting back on our loins waiting for the money and accolades to come rolling in.”

*The group’s name can be attributed to Billy’s grandmother, Ivy Loveday, who registered his birth as William Ivy Loveday, with William being his great grandfather’s name.

The seventy-sixth release on Spinout Nuggets, this record will be available via the label, the band and all very good record outlets. 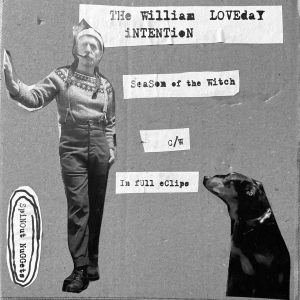 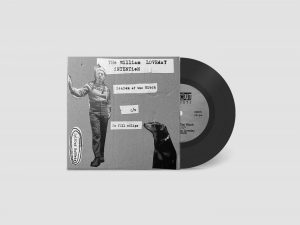