Release – Poka Hontas / True To You

Side
Poka Hontas
Side
True To You

Side
Poka Hontas
Side
True To You

CTMF (The Chatham Forts) was Billy’s first name idea for a group whilst working as an apprentice stonemason at Chatham Dockyard, Kent, in 1976, but it wasn’t until 2013 that he actually got around to using the idea. The group features his wife Julie on bass/vocals and Wolf Howard on drums (both playing with Billy in previous incarnations).

Described by Billy as ‘the epitome of modern – the sound of yesterday, tomorrow’, CTMF have released eight albums and over thirty singles/EPs, mainly through the ever sterling Damaged Goods Records. Here, CTMF re-energise two marvels from Billy’s past discography.

Limited to 300 hand-numbered copies, this doubled-up 7” kicks off with a fresh reworking of ‘Poka Hontas’, (previously recorded with Thee Headcoats for ‘The Earls Of Suavedom’ LP from 1989). Also a brand new version of ‘True To You’ (recorded for, and broadcast on Marc Riley’s BBC6 Music show 20th February 2020), previously recorded by Thee Mighty Cesaers, released on ‘Thee Caesers Of Trash’ LP (1986). Thee Caesars drummer, Graham Day joined CTMF to play the same organ part he played on the original.

The twenty-third release on the Spinout Nuggets record label, it will be available via www.spinoutproductions.com/shop/ and all good record outlets.

“This will be much like the way we do things, and hopefully it’ll be in accord with your expectation, but not necessarily”
(Billy Childish – July ‘19) 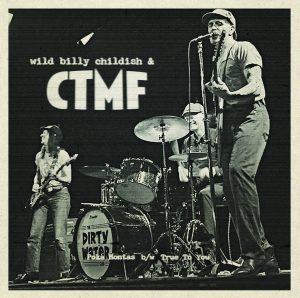 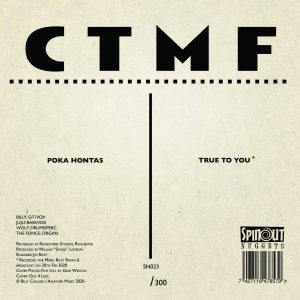