Brought to you from the purveyor of those fine jangly riffs in The Dentists (1984-1995), and other assorted combos including Ye Ascoyne d’Ascoynes, Fortune West and The Treasures of Mexico.

This is Bob’s first truly solo release, with two tracks recorded and mixed very, very slowly on a laptop over the last two years. Baby Violet was released quietly and digitally on Bandcamp in early 2020. A remixed version of it appears here along with the A-side Better Luck Next Time.

Telescopic Victory Kiss, an album from 2015, was the first release under the name Bob Collins (and the Full Nelson), but here we see Bob solo with both titles written by him, and drum programming, bass, vocals, handclaps and guitars (x9) all by Bob Collins, with a home recording from Gillingham, Medway.

The twenty-ninth release on the Spinout Nuggets label, this release will be available via www.spinoutproductions.com/shop/ only. 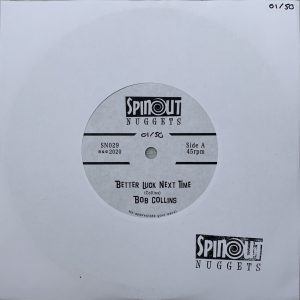 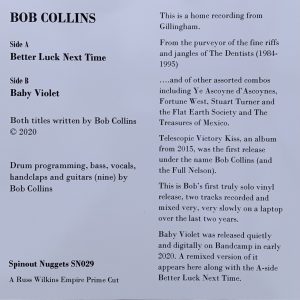 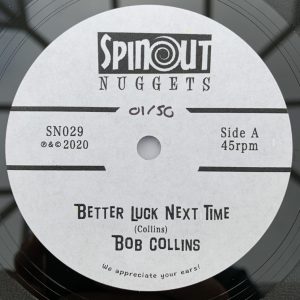 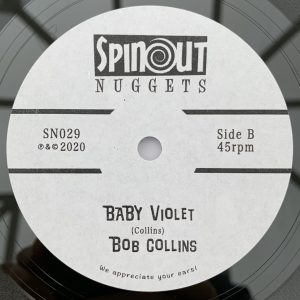