BullyBones are your new favourite thing! Having been stirring things up from Bristol and beyond, their world take-over plan is gathering pace! Jump on, or get left behind.

BullyBones have been making impact on stages all over the land, including the Camden Roundhouse (Punks 40th Anniversary) and Isle of Wight Festival (headlining the Kashmir Stage), and have also had their songs used on surf videos for both O’Neill and Billabong. Having previously released material via CD, cassette and Bandcamp, it was time to put something on a record. But not one, not two, not three, but four pounding tracks!

Limited to 300 hand-numbered copies, Side A kicks off with the BullyBones take on Lyres ‘She Pays The Rent’, followed by the self-penned ‘So What Of The Age?’. Side B fires straight into ‘White Boy’, finishing neatly with Loose Eel.

The thirteenth release on the Spinout Nuggets label, this release will be available via www.spinoutproducAons.com/shop/, and all good records outlets. 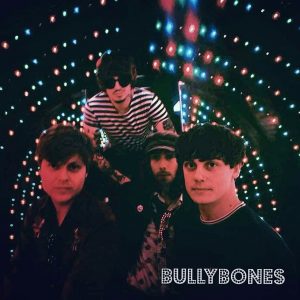 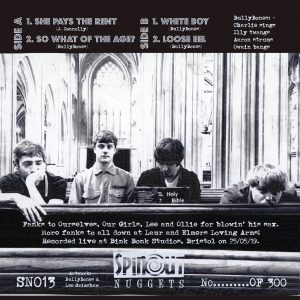 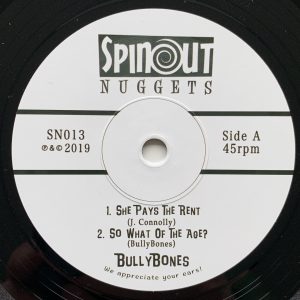 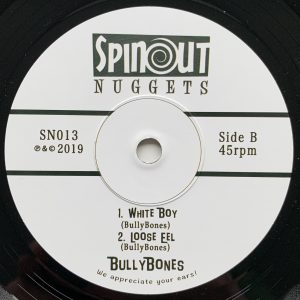 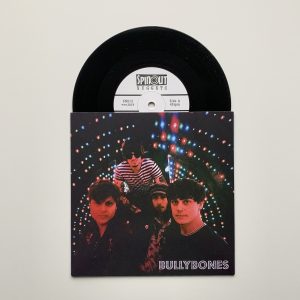