The Hurricanes are a loud Mod Garage band bringing the sound of 1966 to now!

Fusing Power Pop, 60s Garage, Mod Revival and Boss British Beat, these four gents have been around the musical block, deciding to get it together to be the kind of band they’d like to go and see themselves. Think The Who, The Creation and The Prisoners.

Initially playing covers in their first few gigs, the band inevitably started writing their own material, and inevitably felt that they wanted to record too. The debut single Cool Jerk / The Magic Touch was the first step and highlighted the Mod Garage sound they were delivering at gigs. For the second single, the band chose to take complete control over recording and mixing. Original ‘Is There A Why In Your Mynd?’ mixed 60s Garage Fuzz with stomping Soul Big Beat. Backed with a raucous live recording of The Eyes ‘I’m Rowed Out’, the single was released across the usual digital platforms. During 2018, The Hurricanes released their well received debut album “Let’s Go!” on CD and digital format, featuring ten original songs recorded and mixed by the band.

Now halfway through 2019, it’s time to ‘Look Out!’, the first vinyl release from the band, with Side A’s ‘Look Out!’ providing a heavy guitar opening, firing into punchy vocals, giving an anthem for any live outing for the band. Side B’s ‘Shake It!’ is a rework of the band’s popular album track ‘Shake It Down’, vocals removed, swirling magical Hammond added, scarce vocals added on top, resulting in a mighty fine Hammond/guitar fury for the full duration. With this collaboration, step up organ maestro Rod Spark (Groove Tunnel, Shadowland, Modus, The Omega Four, The Apparells), who once filled in for James Taylor for late gigs for Medway legends The Prisoners, and was also short listed to replace Rob Collins in The Charlatans, as well as being head honcho at his own Groove tunnel Studios.

Limited to 300 hand-numbered copies, don’t expect a smooth studio polished effort on these tracks. Feedback squeals, amps hum, drums pound, and the edges of the sound distortion are deliberate. This is the sound of The Hurricanes.

The eighth release on the Spinout Nuggets label, this release will be available via www.spinoutproductions.com, and all good record outlets. 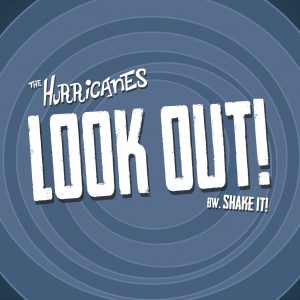 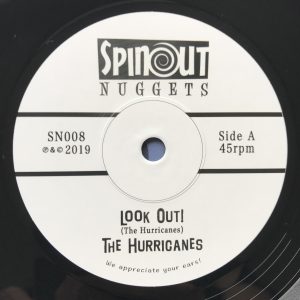 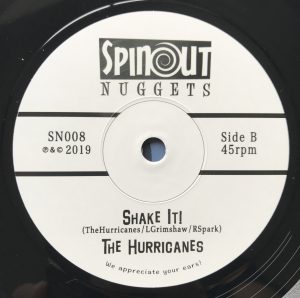 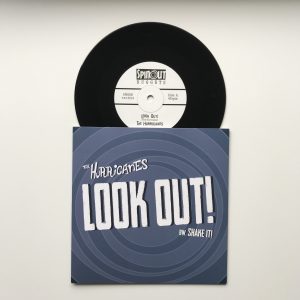