Jetstream Pony come from a love of schrammelig indie-pop and post- punk, and are named after a retired racing greyhound. The band is based in Brighton/Croydon, and features Beth Arzy (The Luxembourg Signal, Trembling Blue Stars, Aberdeen, Lightning in a Twilight Hour) on vocals, Shaun Charman (The Wedding Present, The Popguns, The Fireworks) on guitar and Kerry Boettcher (Turbocat) on bass, with Hannes Müller (The BV’s, Endlich Bluete) on drums.

After several sold-out singles, Jetstream Pony released their self-titled debut LP in May 2020. Two pressings quickly sold out, then the album was reissued by Spinout Nuggets in the Autumn, with an extra track, and is now in the second pressing of that reissue. The release received rave reviews (including five stars in Shindig Magazine) and was included in many annual “best of” lists.

Jetstream Pony have played gigs around the UK and Germany, including support for The Wedding Present, recently resuming where they left off. Many shows originally planned for last year are now scheduled for 2022, including trips to Portugal and Spain as well as more in the UK.

The album develops the sound from the debut album, with the balance between indie-pop and something darker intact. Twelve string guitar is underpinned by heavy bass, harmonies by a two drummer rhythm section on two of the songs.

A co-release with Spinout Nuggets (UK) and Shelflife Records (North America), limited to only 650 copies on Pale Blue vinyl, the album will be available via both label outlets, the band and all good musical stockists. 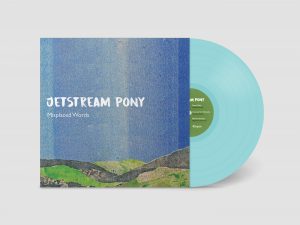 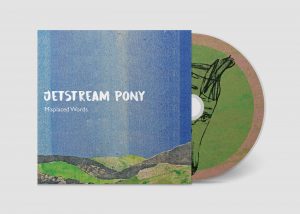