Palooka 5 play Sci-Fi Surf – think B52s/Joe Meek, with a ‘bad vibrations’ modern twist. They tick all the boxes for that curl shootin’, shape throwing, surf hoodang in space that you’ve always dreamed of!

Please be aware – a live show will potentially leave you on a space station somewhere between Taunton and the moon, or further…

The band released their debut long player ‘Rough Magic’ in 2018, which was followed in 2020 with ‘Ultra Marine’, and then a re-issue/rebranded ‘Rough Magic’ in 2021, due to demand. Since inception, Palooka 5 have played more gigs than there are days in a year…

The band have received great airplay from the best stations near and far, and have also gained top reviews for their albums and live shows.

Following the success of ‘Ultramarine’ and ‘Rough Magic’, Palooka 5 went in to record more hits for the next release, and ‘Alien Grace’ is a ‘luna stew’, mixing lo-fi Joe Meek style production, spacey theremins and bubblegum pop. And with much shouting about their live shows, the band decided to also capture one of their live outings for one of the continuous grooves, the venue of choice being their favourite – The Night Owl Finsbury Park, London.

The band have a long list of live outings for the year ahead, so don’t be a fool and miss out!

The seventy-seventh release on Spinout Nuggets, and limited to 300 hand-numbered copies, with a printed inner sleeve, this record will be available via the label, the band and all very good record outlets (compact disc variant also available). 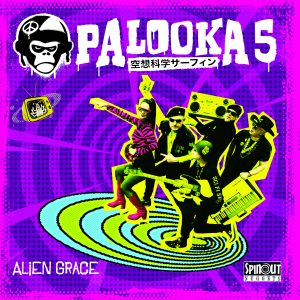 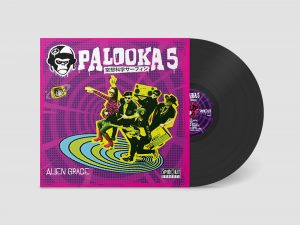 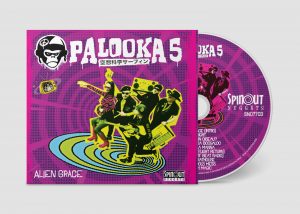