Side A
1. Can And Cannot
2. The Kids That David Bowie Saved
3. The Earth’s Rotation
4. The Singer
5. Disappeared (for Elaine)
6. Winters Long Sobbing

Side B
1. The Earth’s Rotation (demo)
2. Deadheading The Roses
3. Your Luminescence
4. The Station
5. The Great Escape
6. Charcoal And Drums

This is not the album that Pod set out to make…in late summer of 2019, former Singing Loin Chris Broderick, (“one of England’s finest folk songwriters” Louder Than War, 2022) approached Stuart Turner (These Guilty Men, Stuart Turner and the Flat Earth Society, etc) to see if he would be interested in writing songs and bits together. Maybe for a band, or something. And once a week for the best part of four months that’s what they did.

Happy with their efforts, Stuart started putting a band together for what was now called Pod. Nick Rice (The Treasures of Mexico, Stuart Turner and the Flat Earth Society, Groovy Uncle, etc) and Jimmy Moore (The High Span, Rusty) were volunteered into the fold.

The pandemic put a hold on proceedings, which were further complicated by pressing concerns about Chris’s health. Once restrictions started to ease, and Chris feeling better than he had in a long time, Pod was reborn. A few quick rehearsals and into the studio. All the songs first takes.

Rachel Lowrie (Rachel Lowrie, The Senior Service) joined for vocal harmonies on the hoof and it was all sounding so alive. Five songs finished inside two days. They were ready to rehearse, record and mix the next batch. Except they couldn’t. Chris was ill again. A different illness and one he was not going to recover from…

Chris sadly died at the beginning of 2022, leaving Pod album unfinished. Promises had been made to him that everything would be seen through and this album is part of those promises.

Stuart took over Chris’s vocal parts for the remainder of the album, with Vicky Price drafted in to sweeten the mix. Previous kitchen table (Chris’) phone recordings were added to keep as close to the desired recordings as possible.

Limited to 500 hand-numbered copies, with printed insert, the seventy-ninth release on Spinout Nuggets, this record will be available via the label, the band and all very good record outlets (compact disc variant also available).

NB: During working on Pod, another project Chris and Stuart was working on, ‘And One Red Mitten’, was also written, in planning for live performances, and recordings of such will also be released in CD format respectively of this album, labelled as ‘SN079CDb’, sung by Vicky Price, who also sings on the Pod album. 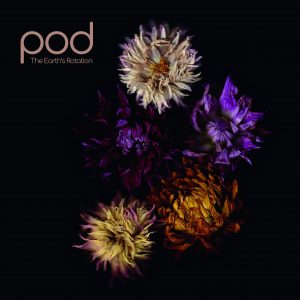 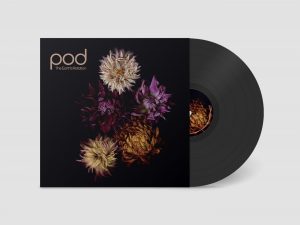 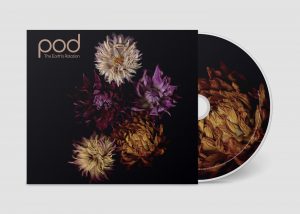 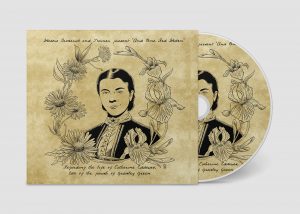