We are The Nettelles and we’re gonna sting you!

The Nettelles are a Garage Punk band based in Edinburgh, Scotland, who sprung up in 2016 after former Sally Skull members Clare and Saskia got together for a reunion. Following the reunion, they wanted to keep making music together and wanted to make it bigger and louder, and thus recruited close friend Caitriona on keyboards as she’d ‘always wanted to be in a band’, and enlisted Angus in for drums. The Nettelles was formed! Together, they make Garage influenced music and have also been known to cover songs by The Pandoras, The Brood, Shadows of Knight and Sally Skull of course.

On this limited hand numbered 7” vinyl release of 300, the ‘We Are….’ double-A side release is the first for this line up as The Nettelles, but it won’t be the last! ‘I’m Over You’ is a Garage-Punk hit, with an intro that sucks you in, swirls you around, and spits you out some three minutes later. ‘We Are….’ is the answer to your question ‘Who are The Nettelles?’, providing a sting or two with an introduction to the band themselves.

Recorded in June last year at Ravencraig Recording Studios, Edinburgh, both tracks are boldly produced by a combination of The Nettelles and the mulit-talented Russ Wilkins (Lord Rochester, The Wildebeests, The Gruffmen, The Len Bright Combo, The Mindreaders, The Pop Rivets, The Milkshakes), who also famously produced The Prisoners – The Last Fourfathers LP, amongst many other musical wonders.

The second release on the recently formed Spinout Nuggets label, this release will sting!

Keep an eye out for The Nettelles live outings. 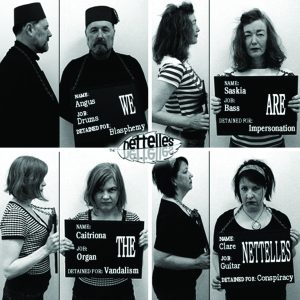 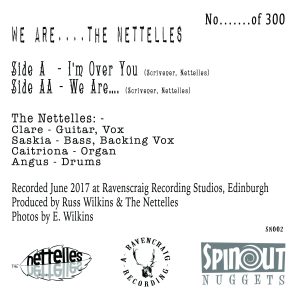 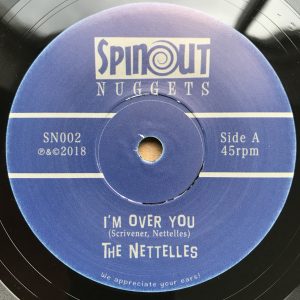 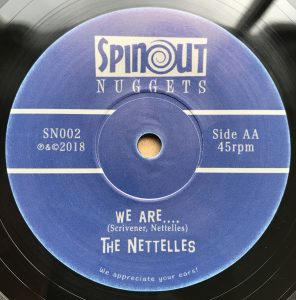 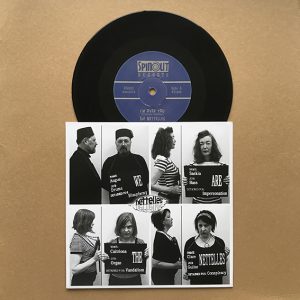