The Pastel Waves – Back In The Land Of The Living LP

The Pastel Waves are a Medway-based indie band who fuse their collective influences of New Wave, Indie and Brit Pop.

With a full line-up in 2017, it was actually 2015 that Rob Percy and Chris Parsons (previous members Medway band Speedwell) began writing new material together. Soon after, they knew they was onto something with this new project, and thus invited Joe Liste Romero and Mike Grigson (previous members of Medway band The Ambience) to join to add drums and vocals to the songs’ bare bones.

Their debut album ‘All Things To All People’ was released in March 2019 on Trouserphonic Records, with a follow-up digital single ‘Ten’, and the CD EP ‘I Hate Myself For Wanting It’ in May 2020.

In April 2021, the band released ‘The Influencers EP’ on vinyl via Spinout Nuggets, with four strong tracks, each receiving enough attention to force them to continue recording.

Since release from lockdown, the band have a healthy live gig portfolio, and continue to write and record.

‘Back In The Land Of The Living’ is a ten solid song long player which proves that the band aren’t a one-trick pony.

The sixty-fourth release on Spinout Nuggets, this record will be available via the label, the band and all very good record outlets. 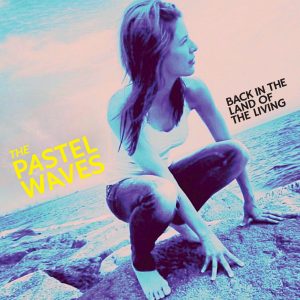