The Pastel Waves – The Influencers EP 7″

Side A
1.Starts Right Here
2.I Wasn’t Convinced*
Side B
1.Freak Show
2.Late September

Side A
1.Starts Right Here
2.I Wasn’t Convinced*
Side B
1.Freak Show
2.Late September

The Pastel Waves started with a full line-up in 2017, although it was 2015 that Rob Percy and Chris Parsons (previous members Medway band Speedwell) began writing new material together. Soon after, they knew they was onto something with this new project, and thus invited Joe Liste Romero and Mike Grigson (previous members of Medway band The Ambience) to join to add drums and vocals to the songs’ bare bones.

The four-piece started with around a dozen songs ready for an album by the end of 2018 and decided to start recording the tracks at Ranscombe Studios in Rochester. A chance meeting with a mutual friend saw Conor Tonor temporarily join the lineup to add his guitar to the mix. Their debut album ‘All Things To All People’ was released on limited vinyl in March 2019 on Trouserphonic Records. They also released single ‘Ten’ as a digital only track later that same year. They followed that up in May 2020 with the ‘I Hate Myself For Wanting It’ CD EP, also on Trouserphonic Records.

With varied music tastes spanning the 60s to today, as a group they produce songs with influences from their own record collections, citing scenes such as 70s New Wave, 80s Indie and 90s Manchester/Britpop. With 2020 putting a hold on gigging, rehearsals continued and the songs kept coming. The writing never stops and further releases are already planned to follow this release up soon.

Side A’s ‘Starts Right Here’ is an upbeat song suggesting the power of music, and that celebrity culture has no good influence in the world over picking up an instrument. Followed up by ‘I Wasn’t Convinced’, a little anger, telling us about promises and disappointments.

Side B’s ‘Freak Show’ is messy and chaotic and holds up a mirror to all your bad flaws, whilst ‘Late September’ is a short optimistic song about grief in various forms and the epiphany it can bring.

The thirty-sixth release on the Spinout Nuggets label, this will mostly be available via www.spinoutproductions.com/shop/, the band and all good record outlets. 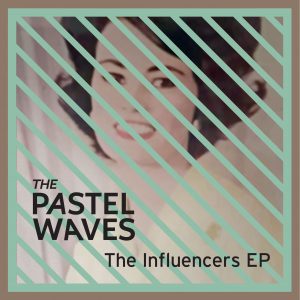