Side A
Eyes Wide Shut
Side B
Low

Side A
Eyes Wide Shut
Side B
Low

The Shop Window are a four-strong IndiePop/Jangly guitar band from Maidstone, Kent, fronted by partners in crime Carl Mann and Simon ‘Syd’ Oxlee. Completing the line up in the formidable rhythm section are Martin Corder (Bass) and Phil Elphee (Drums).

Carl and Syd’s journey began over two decades ago when they landed their first record deal in the mid-late 90s in previous project Westpier, label mates with Sleeper on Indolent Records (BMG). Once Westpier folded, Carl ended up depping on guitar for Sleeper for one of their tours. Around the same time, Carl also ended up playing guitar (dep) for Kylie Minogue, for TV performances, gigs and a tour of Australia, and even co-wrote a track that ended up on a Kylie B-Side in 2000.

The Shop Window released several acclaimed singles during 2020/2021. Those singles were  followed up with the critically acclaimed debut album ‘The State of Being Human’ in June 2021. So well was the album received by the indie music fraternity, that it featured in many end of year ‘Best Album of 2021’ lists.

Nov 21 & Feb 22 saw digital single releases for ‘Lay Of The Land’ & ‘Lighthouse’ from the bands forthcoming second album, both receiving some great airplay.

‘Eyes Wide Shut’ and ‘Low’ are both taken from the same forthcoming second album, and both also feature guest backing vocals from Beth Arzy (label mate from Jetstream Pony and The Luxembourg Signal).

The sixty-seventh release on Spinout Nuggets, this record will be available via the label, the band and all very good record outlets. 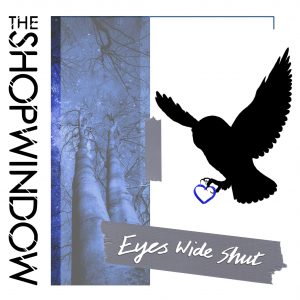 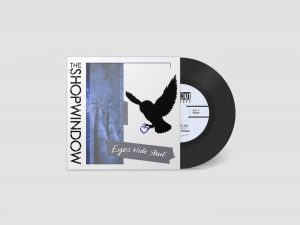