Side A’s ‘Sex And Flys’ is a complete make-over of the original Rhythm ’n’ Punk track previously recorded by Thee Headcoats (which can be found on the 1996 long player ‘In Tweed We Trust’).

Side B’s ‘Becoming Unbecoming Me (Slight Return)’ recounts the true life story of  a Jewish girls change of identity in war-time Venice to escape the death camps.

The forty-ninth release on the Spinout Nuggets label, this will mostly be available here, the band members and all good record outlets worldwide. 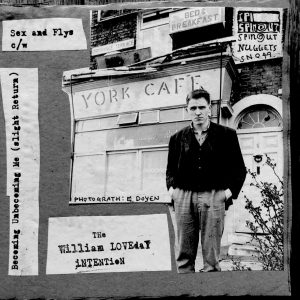