‘The Jutland Sea’ is a tribute to all that fought in the Battle Of Jutland in 1916 – the largest naval battle of the The Great War.  Billy’s Grandfather was aboard HMS Thunderer. ‘Scapa Flow’ (not to be confused with the track of the same name by The Milkshakes) is an instrumental in honour of the home base of The Grand Fleet.

The fiftieth release on the Spinout Nuggets label, this will mostly be available here, the band members and all good record outlets worldwide. 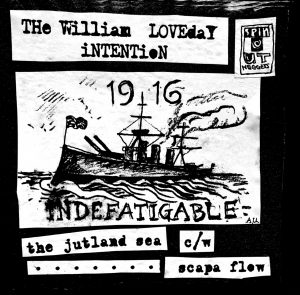