Release – Lord I’m So Tired / Try As I Might

Thee Strawberry Mynde are a ModGarage/PowerPop band, who formed in the North East of England in the mid 90s when Paul Garner (vocals/guitar) & Mark ‘Bazza’ Barrett (bass) got together to make some noise after been introduced by a mutual friend. Both were big fans of the 60s American garage bands and wanted to put a band together to preach the gospel according to ‘Pebbles’. Subconsciously the bands name was taken from a Robyn Hitchcock song.

After a year of recording some home demos, Thee Strawberry Mynde became a 4 piece with the addition of Jason Radley (vocals/guitar) and Ian Lowes (drums). In ’98, the band recorded four songs in a studio, which were put onto a cassette tape and sold at gigs which earned the band a few reviews in fanzines and also the weekly music mag Melody Maker.

After a ten year silence, the band reformed, this time with Paul, Mark and Ian as a trio, with their first gig in July 2008, and supported the likes of The James Taylor Quartet, The Bell Rays, The Fallen Leaves, The Mourning After, Doctor & The Medics, The Galileo 7, The Godfathers, Thee Dagger Debs as well as headlining their own shows too.

Ian was replaced on drums by Stu Cook about 5 year ago and band are now back as a quartet after adding an organ/keyboard player. Tetley (King Mojo) played organ with the band at a few gigs before Sam Young took over on keys this year.

For this single, the band were between keyboard players and so Rod Spark (The Shadowland/Groove Tunnel, and previously featured on The Hurricanes’ ‘Shake It!’) was drafted in on hammond organ.

The sixty-first release on Spinout Nuggets, this record will be available via the label, the band and all very good record outlets. 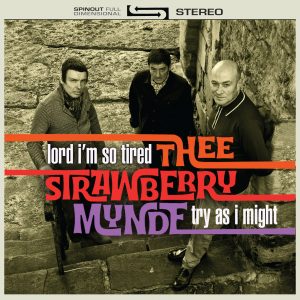 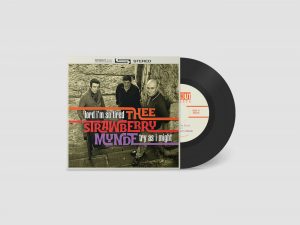