Side A
Sergeants Mess – Couldn’t I Be Yours
The Nettelles – Wasn’t Meant To Be
Andre M – Dodged A Bullet
Thee Girl Fridays – Dracula Mwah-ha-ha-Ha!
The Treasures Of Mexico – Lost In This World
The Voo-Dooms – Another Teenage Dance Craze (Instrumental)

Side B
Sergeants Mess – Seconds Out
The Nettelles – We Are….
Andre M – Attack Of The Speaker Domes
Thee Girl Fridays – Too Much Of A Good Thing
The Treasures Of Mexico – That Fear
The Voo-Dooms – Voo-Doom Twist

Spinout Nuggets is a DIY, independent record label, which has been firing out record releases in Limited Edition vinyl formats since early 2018.

This is the first of what will be many compilations for the label, and Spinout Nuggets Chapter 1 : From The Ashes contains two tracks from the first six artists released on the label, with six previously released, and six previously unreleased tracks.

Limited to 500 copies, this compilation will be a valued asset to any collection.

The twelfth release on the Spinout Nuggets label, this release will be available via www.spinoutproductions.com/shop/, and all good record outlets. 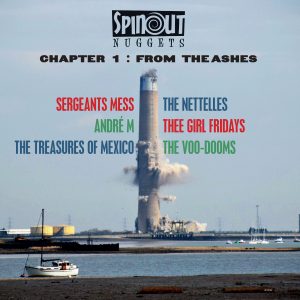 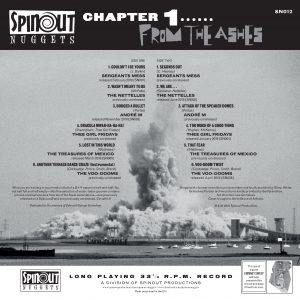 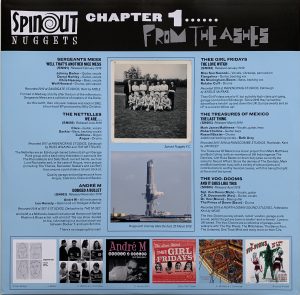 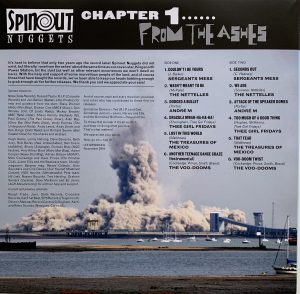 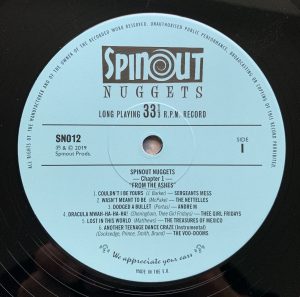 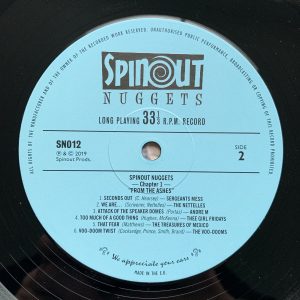 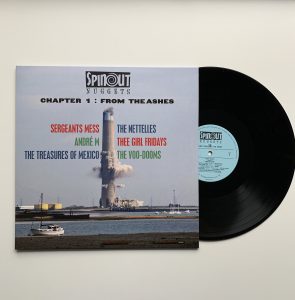