Hammond-Funksters The Link Quartet formed way back in 1993, and over the years have built a worldwide reputation and have become one of the most distinguishing bands related to the Hammond organ sound. Secret Sessions celebrates their 25 year milestone, providing some of the best tracks from the band.

Italy based, The Link Quartet have produced a unique mix of Funk, Beat, Rock and Soul, strongly tied to the glorious bands of the past, but fully looking forward towards the future for a modern unmistakable touch.  The band have consistently worked hard in the studio, and have released six studio albums, two live albums, several singles and EP’s, and appeared on some heavy weight compilations throughout the last two decades, working with labels such as Acid Jazz, Record Kicks, Hammond Beat, Sony, Soundflat and many more.

On the live side, The Link Quartet have performed almost all over the world, shared the stage with artists such as Brian Auger, The Music Machine, Manu Chao, Sharon Jones & The Dap Kings, Charles Bradley, Big Boss Man and more, and have performed at various festivals globally.

Last year, the band spent time touring around Italy, France, Spain, Belgium and Germany, working on new songs and building a new strong and dynamic collective sound. It was at this time that the band decided on the idea to release a live album recorded in the studio, during a three-day event. The event took place in November 2018, at Tanzan Music Studio, resulting in a new live studio album, containing all the best tracks of the Iatalian combo performed live and recorded as never before. All the energy of the quartet has been transferred on album for the first time, and will give the listener a new and unique perspective of the band’s attitude.

Limited to 300 copies only on long playing vinyl, a digital version of the album, together with live videos shot during the sessions, will also be released late June 2019 by Tanzan Music.

The seventh release on the Spinout Nuggets label, this release will be available via www.spinoutproductions.com, and all good record outlets. 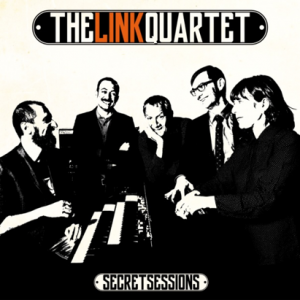 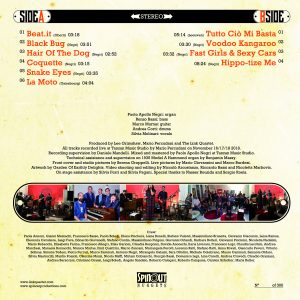 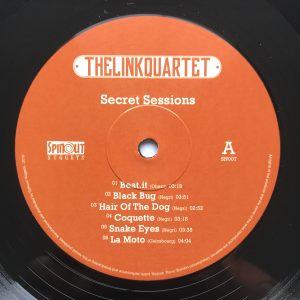 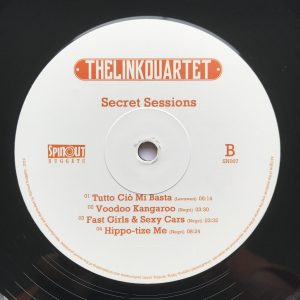 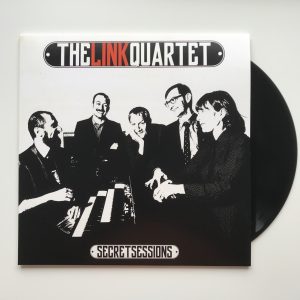